* In case of any delay in receiving the OTP, you may verify it later. Please proceed without verification.

Enter your City name or Pincode

Chengannur is a municipal town in the district of Alappuzha district in Kerala and is situated in the extremely eastern part of the Alappuzha district. It is situated 117 Kms to the north of Thiruvananthapuram which is the state capital and situated on MC Road. It is also an important railway junction between Ernakulam and Thiruvananthapuram. Chengannur (also known as Chenganoor, Chenganur and Chengannoor) is well connected to Kottayam and Kollam by NH 220. It is also famous for the Shiva temple as well as for the old Syrian Church. It is also an important destination for the pilgrims of Sabarimala and is known as Gateway of Sabarimala. 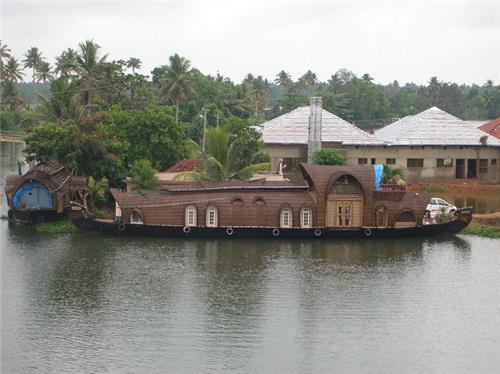 Photo Source
Nammalwar of first millennium CE has described Chengannur as a place where smoke emanating from Vedic ritual yagna fills the sky and also a place which is surrounded by lush green vegetation of bananas and coconuts. Chengannur, one of the fastest developing towns in Kerala, also borders Pathanamthitta district. Right from the historical period, many historical events took place in this small beautiful town which is watered by sacred river “Pampa”.

A Brief History of Chengannur

Chengannur means the land of red soil and this soil differs from the one found in the surrounding Kuttanad. Thus, it is called as Chengannur. According to a belief, “Shonadri” or “Red Mountain” was the name of Chengannur during prehistoric era. Later, this has been changed into “Chenkunnu” and further to “Chengannur”. At the beginning of the modern period, it came under the Kayamkulam dynasty. When it was relinquished by the Marthandavarma during 18th century, it came under Travancore Kings.
Pepper otherwise called “black gold” was an important export product of the town. In Chengannur, Anganical which in Malayalam means market was the prominent market. Velu Thampi Dalawa developed the current market in Chengannur. This market was crucial in buying and selling goods produced by the eastern part of state during the 19th and 20th century.
Munsif court of Chengannur recently completed centenary and had been the prominent judicial centre for a long time in the region. In 1980, the Municipality of Chengannur was found and Mr PK John Plammootil who was the retired Dy SP was the 1st Municipal Chairman.

Chengannur’s cultural background dates back to the Royal era. It came under Vanjippuzha Principality which in turn came under Travancore. Chengannur is situated on the banks of Pamba River which had major influence on culture of the town. Several “Chundan Vallam” boats that participate in the boat race of Aranmula belonged to Chengannur. Conventiomal art form of temple, Padayani, is performed during the festival of Vadasserikkavu Devi Temple. The temple is located 2 Km to the north of the town. It is to be noted that many great artists were born in Chengannur and the prominent of them is the Kathakali fine-artist Raman Pillai who is popularly called “Guru Chengannur”.

The King of Trivandrum brought many craftsmen to Chengannur for the construction of the Sabarimala temple and the genre of them crafted several temples of Kerala. Mannar is famous for the bronze industry in Chengannur. It is also an important Shaivite pilgrim centre and the Shiva temple found here is established by Parasurama. Suriyani Church in Chengannur is yet another paradigm of architectural excellence of the town. The 33.5 ft tall Cross that is made out of solitary stone is the prime attraction of the Church. The four of the five major Vishnu temples (Thrichittattu, Aranmula, Puliyoor and Thiruvanvandoor) that were created by Pandavas are found in Chengannur and its surroundings. These are the important Vaishnava pilgrimage centres in South India.

Business and Economy of Chengannur

In Chengannur, many government offices, banks, educational institutions, etc are located. A vast number of people in Kerala work in these organizations. Apart from these, the major source of income for the town is from the NRIs which is a common factor in other parts of Kerala as well. On the outskirts of the town, agriculture is also carried out and mostly it is restricted to rubber plantations. However, there are no major industries in Chengannur and only small-scale industries are present. The major private employers are hospitals, shops and banks. During Sabarimala season (i.e. mid November to mid January), there is a huge boost in the economical activities of the town. Chengannur is the nearest railway station to Sabarimala and is used by most of the pilgrims.

How to Reach Chengannur